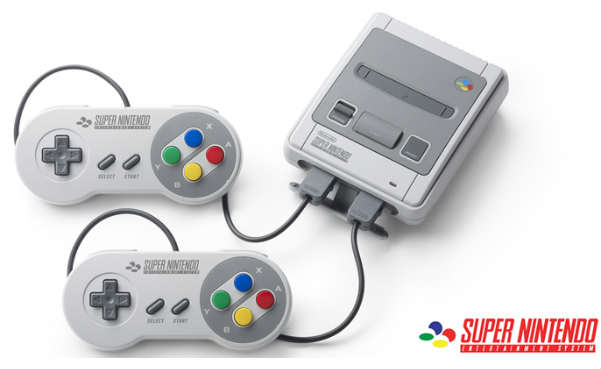 The ’90s called – they want their controllers back. Two wired Super NES Classic Controllers are included for multiplayer action. Play some of the best 2-player games of the era, including Super Mario Kart and Street Fighter II Turbo: Hyper Fighting.