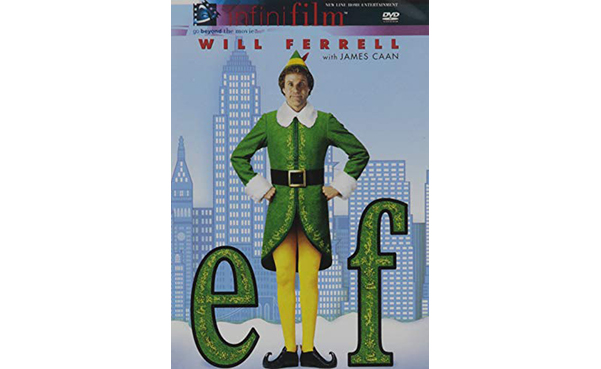 This hilarious Christmas film tells the tale of a young orphan child who mistakenly crawls into Santa’s bag of gifts on Christmas Eve and is transported back to the North Pole and raised as an elf. Years later Buddy learns he is not really an elf and goes on a journey to New York City to find his true identity.

Elf is genuinely good. Not just Saturday Night Live-movie good, when the movie has some funny bits but is basically an insult to humanity; Elf is a smartly written, skillfully directed, and deftly acted story of a human being adopted by Christmas elves who returns to the human world to find his father. And because the writing, directing, and acting are all genuinely good, Elf is also genuinely funny. Will Ferrell, as Buddy the adopted elf, is hysterically sincere. James Caan, as his rediscovered father, executes his surly dumbfoundedness with perfect aplomb. Zooey Deschanel, as a department store worker with whom Buddy falls in love, is adorably sardonic. Director Jon Favreau (Swingers) shepherds the movie through all the obligatory Christmas cliches and focuses on material that’s sometimes subtle and consistently surprising. Frankly, Elf feels miraculous. Also featuring Mary Steenburgen, Bob Newhart, Peter Dinklage, and Ed Asner as Santa Claus. –Bret Fetzer