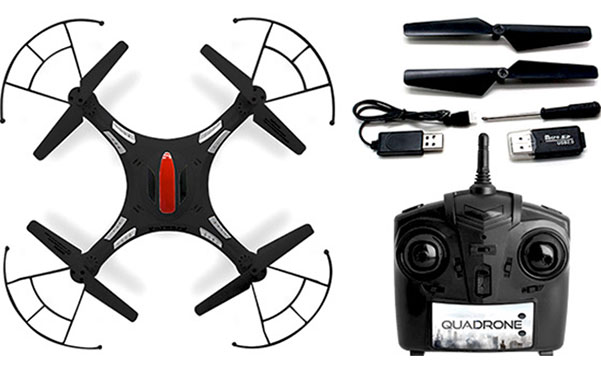 The state-of-the-art Quadrone is the ultimate RC quadcopter! It includes an HD camera mounted to its underbelly that takes video and photos and stores them to a Micro SD card (included). All 4 blades are protected by bumper guards, and LED lights dot the exterior, which make for one cool light show during flight! The Quadrone is a 6 axis gyro quadcopter, capable of flying forward, backward, up, down, side to side, and it can turn on its horizontal axis. In addition to its superior maneuverability, the Quadrone also does 360 degree stunt flips!