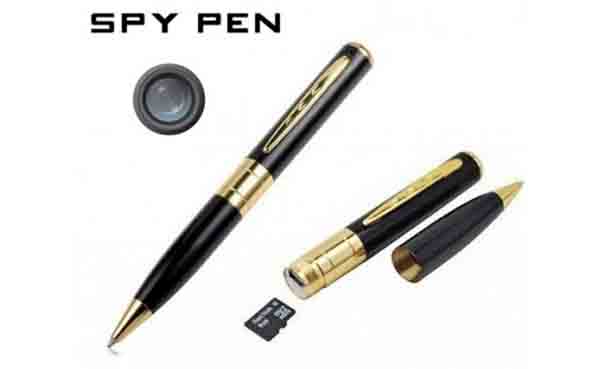 The audio and video spy pen covertly records video and audio with its pinhole high-definition camera and invisible microphone. Holding the button at the top of the pen for two seconds activates the recorder, which captures up to two hours of footage. While it films, the pen deflects suspicion by letting you write with it, tuck it into your shirt pocket, or whistle casually.