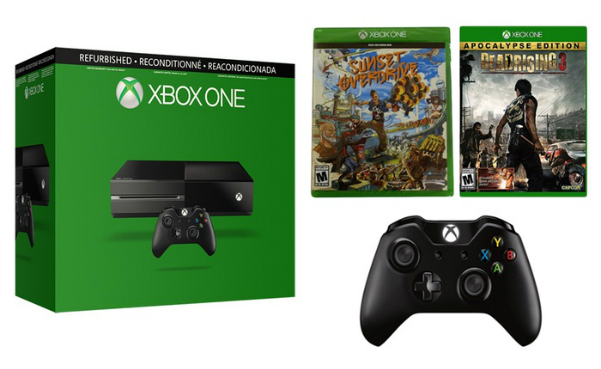 Next-generation game graphics are just the start of what the Xbox One has to offer. With features such as streaming apps, a built-in Blu-ray player, and Windows 10 integration—not to mention ever-expanding backward compatibility with Xbox 360 titles—the Xbox One can ably serve as the hub of your home-entertainment system. Whether you’re battling alien forces in Halo or dazzling crowds in Madden, the Xbox One’s beefy octa-core processor and 8GB of RAM keep the action moving at a steady, uninterrupted clip. Games, however, are just the beginning. Such processing power lets you swiftly glide from playing games to streaming movies, or even doing both simultaneously. Microsoft Certified Refurbished.