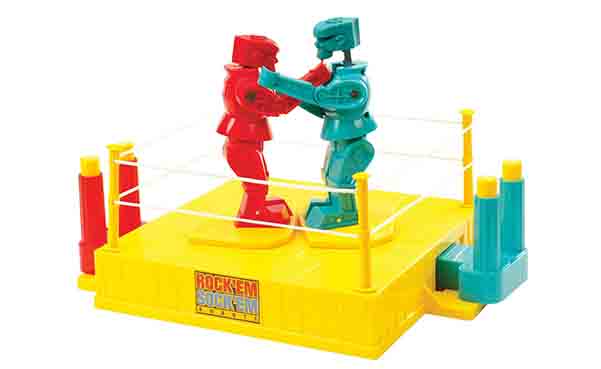 A classic for over 40 years! It’s the classic game from 1966 where the original battling robots try to knock each other’s blocks off! Red Rocker and Blue Bomber battle it out in the arena, with realistic sounds and jaw-jolting action. When a robot lands that blockbuster punch to his opponent’s jaw, the victorious robot’s head pops up with that Rock ‘Em Sock ‘Em gotcha sound.