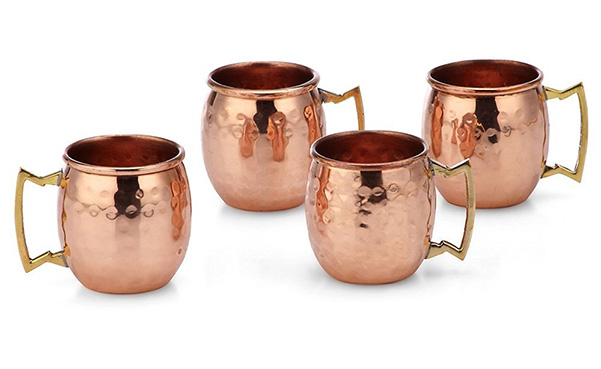 The mugs is entirely handmade by skilled artisan which makes it true to the Moscow mule copper mugs experience. The mug is 16 ounces -— The Moscow Mule is a vodka-based cocktail with the unusual addition of ginger beer. Vodka was still relatively unknown outside Russia and Central Europe in the years following World War II. Heublein president John Martin had recently purchased the Smirnoff name and recipe for his American company, and he was out to promote his new product. As the story goes, Martin stopped off for dinner and drinks at the Cock ‘n’ Bull on Sunset Strip, where his friend, owner Jack Morgan, was struggling to sell his homemade ginger beer. Add to the mix another friend who had inherited a large collection of copper mug and a wedge of lime-and you have the Moscow Mule. Martin combined three seemingly hopeless endeavors into one of the most popular cocktails of the 1950s and early 1960s. He even got stars like Woody Allen to promote his concoction.