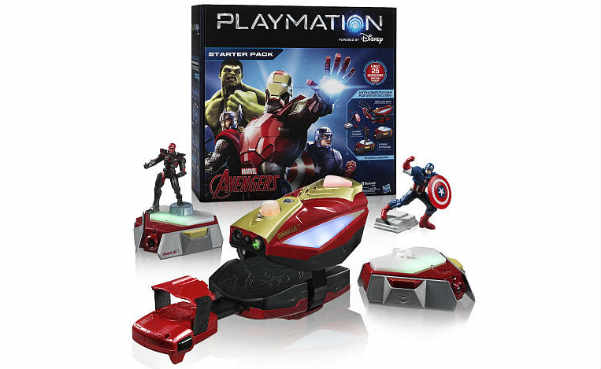 AMAZON PRIME DEAL OF THE DAY! Playmation is the next step in the evolution of play, where digital gets physical and imagination gets real. Inter-connected products with embedded content let players step into the world of Marvel’s Avengers! Control the adventures with wearable gear that lets users feel the battle and puts them at the center of the action. With the Playmation Marvel Avengers Starter Pack, players have the core products they need to carry out their first missions and fight alongside the Avengers in the battle to defend Earth from Ultron! The Starter Pack comes with 4 locations and 25 missions out of the box so that players can jump right into the action!