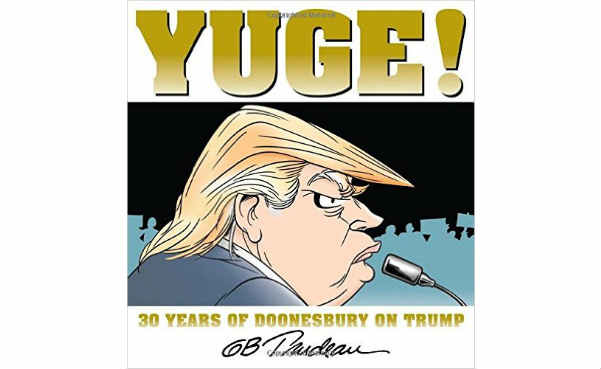 He tried to warn us. Ever since the release of the first Trump-for-President trial balloon in 1987, Doonesbury’s Garry Trudeau has tirelessly tracked and highlighted the unsavory career of the most unqualified candidate to ever aspire to the White House. It’s all there–the hilarious narcissism, the schoolyard bullying, the loathsome misogyny, the breathtaking ignorance; and a good portion of the Doonesbury cast has been tangled up in it.