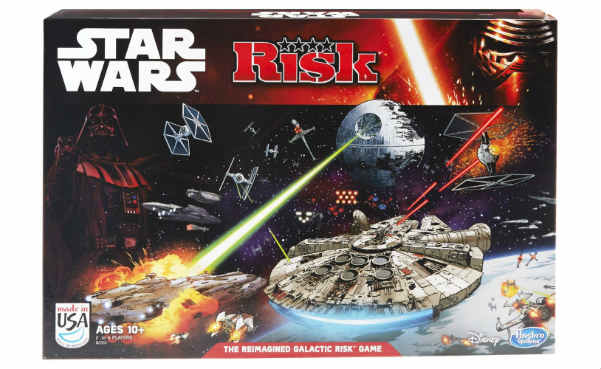 The Risk: Star Wars Edition game lets players recreate the dramatic final moments of Star Wars: Return of the Jedi. Across a TIE fighter-shaped gameboard, players can determine the fate of the Star Wars universe through 3 concurrent, yet distinct, battles. The 3 battles going on simultaneously are: the attack on the Death Star, the shield assault, and the battle between Luke Skywalker and Darth Vader. Opponents choose to play as the light side or the dark side of the Star Wars saga, and use the classic Risk dice to control characters and ships. No matter which side is victorious, the game is sure to be filled with action and adventure!