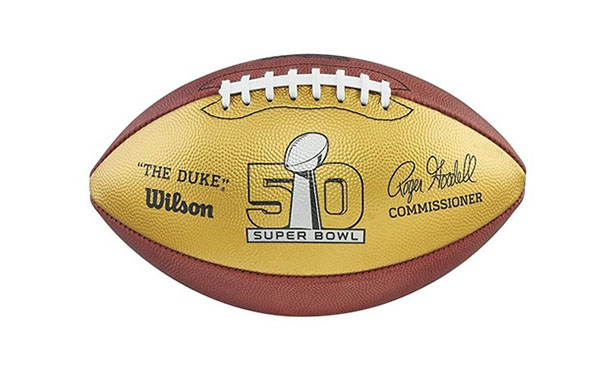 A golden anniversary deserves something special. To help fans celebrate 50 years of Super Bowl, we’re releasing this limited edition gold panel football. A first of its kind, the gold panel Duke makes the perfect addition to any football fan’s collection. Take home this commemorative leather ball to own your piece of Super Bowl history. Limited quantities. Wilson is the official football of Super Bowl 50, February 7, 2016 at Levi’s Stadium in Santa Clara, California.