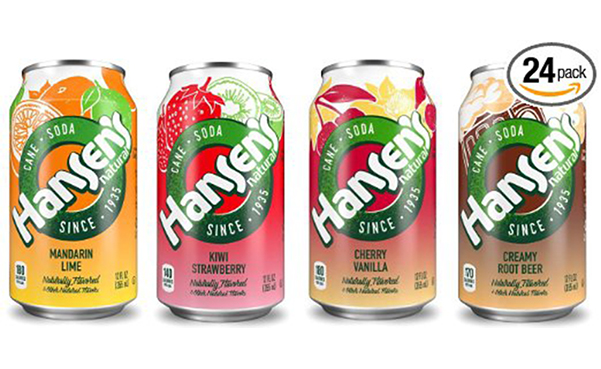 In the 1930’s, Hubert Hansen and his three sons began selling fresh, non-pasteurized juices to film studios and retailers in southern California under the Hansen’s name. In the 1970’s, Tim Hansen, the grandson of Hubert, developed and marketed a variety of natural sodas and pasteurized shelf stable, 100 percent juices also under the Hansen’s label. Revolutionary at the time and still today, they have always been free of preservatives, caffeine, sodium, artificial flavors and colors. In 2008 we made a radical shift and said goodbye to high fructose corn syrup and hello to real cane sugar. More than 75 years and 30 real fruit and spice soda flavors later, our natural and diet sodas have a nationwide following of loyal consumers. Real flavor. Real natural.

Save 5% with Subscribe & Save (you can cancel anytime) plus 30% off coupon will be applied to first delivery.