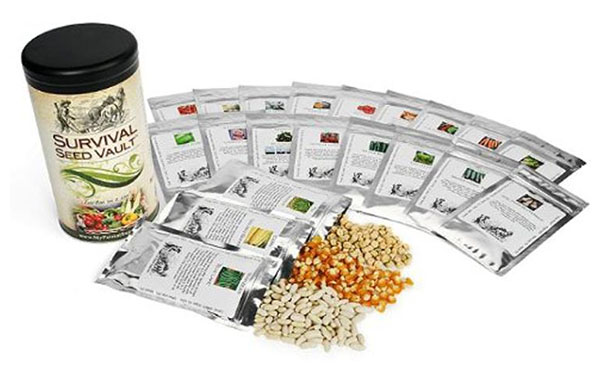 The concept of a survival seed vault has become more widespread over the last several years. More and more families are gaining food independence by growing their own survival heirloom seeds. The health benefits of these non-gmo, survival heirloom seeds are more widely known now than in years past, and people are taking a stand against high supermarket prices. The Survival Seed Vault contains only the highest quality heirloom vegetable survival seeds. These Patriot Seeds are 100% Non-GMO, open-pollinated and placed in specially sealed packets allowing for long term storage.